Given the current circumstances and the impact of COVID-19, direction from Alabama Department of Health, and information from the U.S. Centers for Disease Control and Prevention (CDC) and the World Health Organization (WHO), the health, safety, and well-being of our community, vulnerable citizens, patients and staff is of utmost importance to us. In cooperation with the Alabama Department of Public Health's most recent statewide health orders amended 9/30/20 5:00pm, resuming in-person care of non-COVID-19 patients in regions with low incidence of COVID-19 disease is permitted. These health orders are scheduled to expire 11/8/20 5:00pm however may be revised and/or extended.

Three Notch Chiropractic is OPEN and accepting non-COVID-19, non-emergent as well as urgent cases. Implementation of CDC requirements for continued disinfection, social distancing, limited scheduling and personal protection by patients and staff will allow us to be available to serve.

PLEASE CHECK BACK TO THIS SITE FOR UPDATES.

One of the back conditions that patients routinely visit a Andalusia chiropractor for is a herniated disc. This type of injury generally responds well to chiropractic treatment so it’s wise to schedule an appointment in the early stages. Herniated disc treatment can help patients avoid prescription pain medications and any side effects that come along with them.

What Is a Herniated Disc?

A herniated disc is usually a degenerative condition brought on by the wear and tear of normal aging. Over time, your discs lose moisture content and become less flexible, making them prone to tears and ruptures without a whole lot of stress being placed on them. Some factors that may increase your risk of suffering a herniated disc include being overweight, having a physically demanding job, improper lifting, and even genetics.

Many people that have a herniated disc don’t end up experiencing any sort of symptoms, but the ones that do can feel intense pain. If your herniated disc is in your lower back, you’ll be more likely to feel pain in your buttocks, hips, thighs, and calves. If the problem is in your cervical vertebrae you’re more likely to feel pain in your shoulders and arms. Numbness, tingling and general weakness are also symptoms of a herniated disc. Typically, the muscles and body parts that are served by the affected nerves will experience these symptoms.

When to See a Chiropractor

If a conventional doctor has diagnosed you with a herniated disc then make an appointment with an Andalusia chiropractor as soon as possible. Many patients show up at a chiropractor’s office with symptoms, but no diagnosis. If you have any of the symptoms listed above, or any back pain that’s been undiagnosed, a chiropractor can assess the issue and formulate an effective treatment plan. Since a herniated disc is usually found in the lumbar region or cervical region, and includes tingling and numbness along with the pain, you’ll be able to give your chiropractor a head start if you pay attention to your symptoms and communicate them clearly.

At Three Notch Chiropractic, PLLC our team is here to help answer your questions.  Please feel free to contact us today. 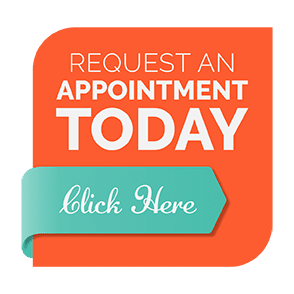