X-Ray clarity in viewing the standing skeleton has gone to the next level.

While the benefits prove plentiful, many people wonder if X-rays are safe. The level of exposure from digital X-rays is so minuscule, sources including Mayo Clinic maintain that the rewards far outweigh any risk.

Plus, digital X-rays emit 70-90% less radiation than the traditional film variety. However, if you are pregnant, your doctor may still suggest an alternative diagnostic method.

Traditional film X-rays also leaves behind environmentally hazardous wastes such as lead foil, films, and chemical developers that require proper and careful disposal. For this reason, many radiologists have chosen “greener” digital imaging in lieu of the traditional variety.

The Radiologists at Three Notch Chiropractic utilize state-of-the-art equipment such as the Cesium digital flat panel detector, which produces crystal-clear images that are far superior to the film images captured in past years. Images are almost instantly available with minimal exposure to patient.

To see the structure is to know. To not see is to guess. We don’t do guesswork! (there’s no reason to!)

No Drugs  No Pain  No Downtime  No Side Effects

Low level laser therapy (LLLT) or cold laser, is a painless, sterile, non-invasive, drug-free modality that is used for a variety of conditions such as acute and chronic pain.

Housed within the mitochondria, the cell energy manufacturer, are receptors capable of absorbing distinct parameters of light. Think of these receptors like any drug receptors. When we consume a prescription medication, the compound is absorbed by the body and it locates a particular receptor; based upon its molecular design, will bind to that receptor. Once the drug binds, a secondary reaction inside the cell takes place. A similar mechanism is observed when exposing the body to a particular color of light. During a laser treatment, the light will penetrate the skin and is absorbed by this receptor within the mitochondria. Receptor stimulation with light promotes energy production, biochemical reactions, protein and growth factor synthesis, cell growth and proliferation and enhanced blood and oxygen flow. Nothing Heals Faster®

Upper Cervical Chiropractors utilize very specific and gentle approaches, techniques, methods and procedures to measure and ‘adjust’ displacements in the upper cervical vertebrae, in particular; displacements of the atlas with respect to the skull.

Those people who have been ill, who have a confirmed subluxation of their atlas and who have received a professional and well-executed upper cervical adjustment to the atlas will testify to the adjustment’s effectiveness with much vigor. They have seen the benefits of this wonderful alternative health approach.

Pain in your arm/hand (Carpal Tunnel Syndrome) can radiate from the spine into your arm/hand. However, pain in the arm/hand can also be a from a problem in the shoulder/wrist. How do you tell the difference?

We provide the analysis and adjustments directly to shoulders, elbows, wrists, knees, ankles and feet when needed! Knowing the actual cause of your pain now helps to prevent it later!

One of the greatest compliments we are paid by new patients who have never “tried Chiropractic” before, is their choosing to be treated at Three Notch Chiropractic because they do not want to be “twisted” or “hear their bones crack“.

Twisting (Rotational) adjustments, performed properly and in proper context, are research-proven to be safe and effective means for returning motion to fixed joints. Therefore, they continue to be widely taught in significant proportions in Chiropractic schools and performed in Chiropractic offices throughout the world.

However, many new patients tell us they were willing to “try Chiropractic” when they heard our techniques are gentle, effective and did not involve twisting the neck or low back. Come enjoy our non-traditional effective approach!

Chiropractic musculoskeletal care is vital for full body function and wellness.  However, there are other aspects of health that, if not addressed, can limit your improvement.

How does your health measure up against healthcare’s Gold Standard tests?
Can you improve your test results naturally?
Can you prove it? (read more) 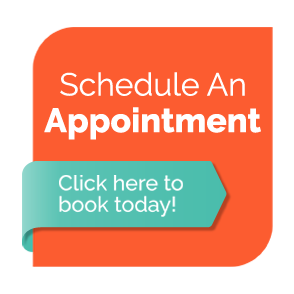